Data availability and reliability are fundamental concerns for demographic research. Conventional demographic data sources such as population censuses and surveys exist with the critical limitations of temporal scale (being estimated at 5 or 10 years intervals) as well as with difficulties of geographical coverage (inaccurate or no data for difficult regions, local representativeness). Thus, there is a strong need for timely and complete population data, particularly in a country like India. India is the second most populous country in the World, covers a huge geographical area, and its population census is decadal.  India needs an alternative source of demographic data which can provide reliable population estimates.

In this hands-on training session, the participants will learn about gridded population data sources, their processing and extraction. The hands-on sessions will be based on Indian administrative levels (national, state and district). 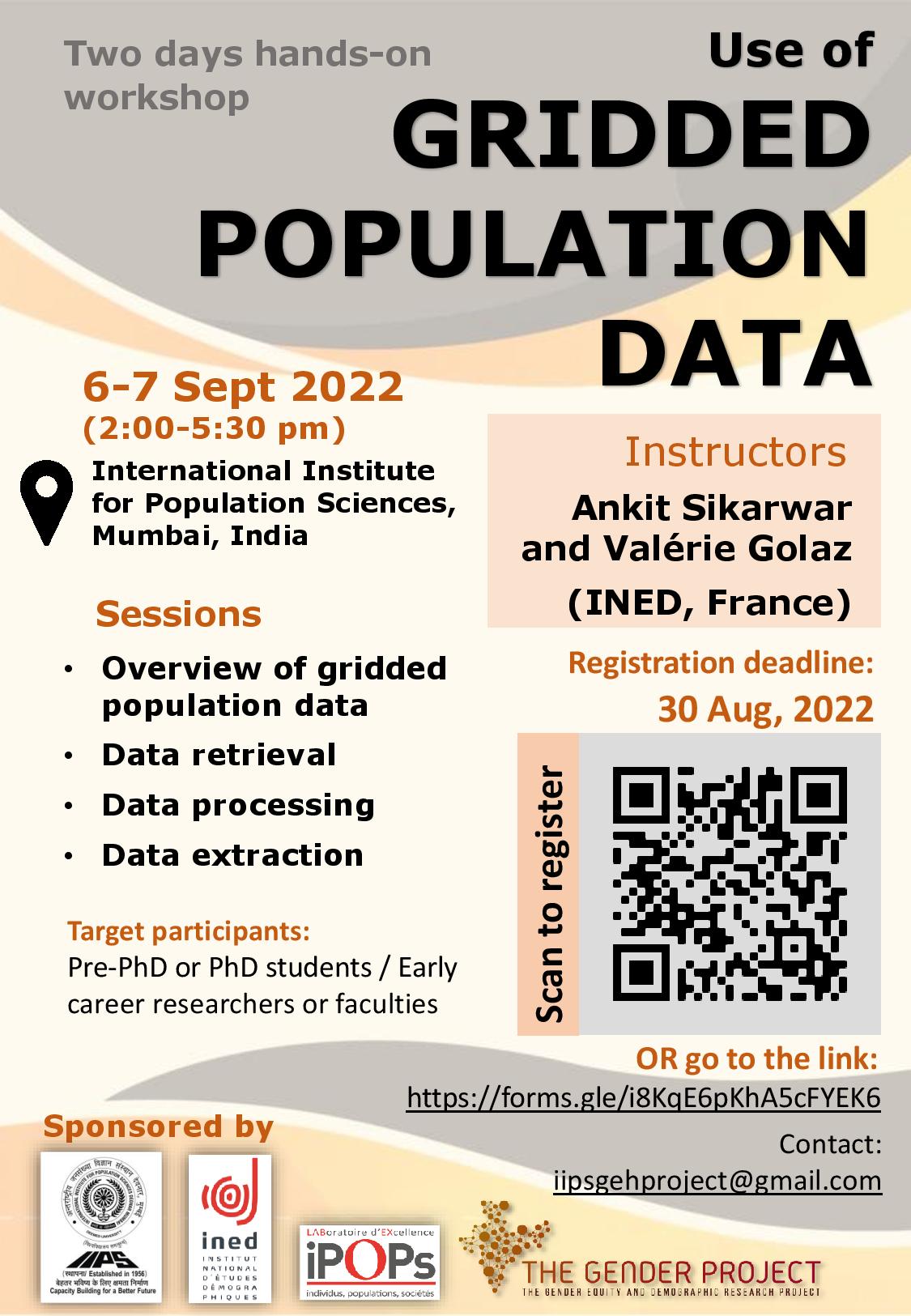